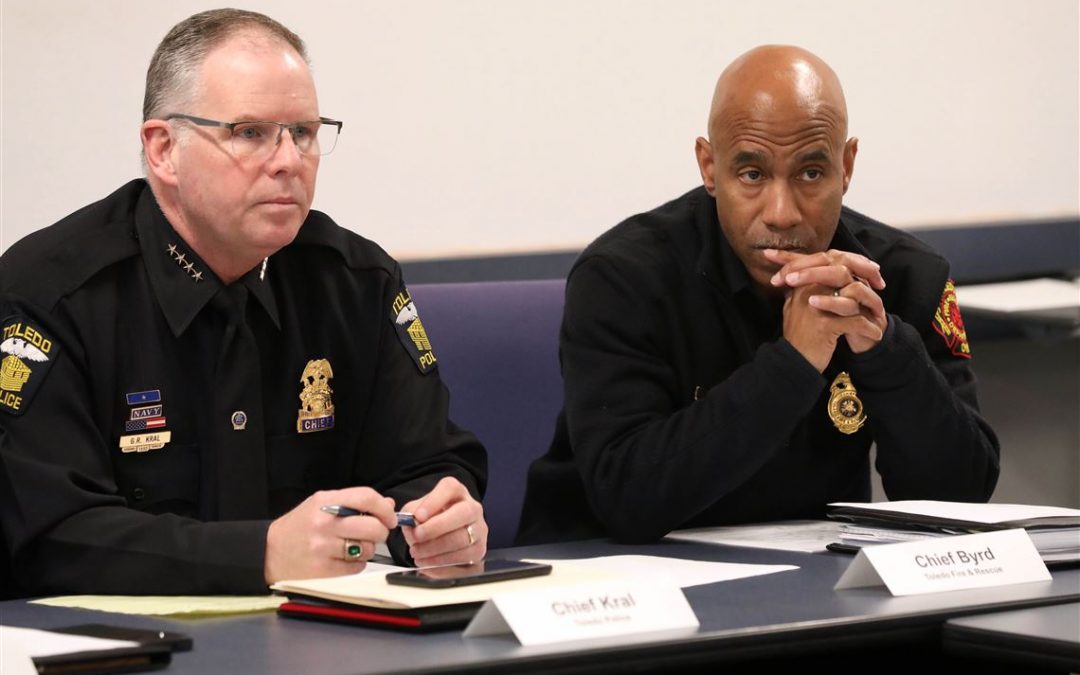 Consolidating Lucas County’s various emergency dispatching operations into one 911 center is not just a matter of moving a couple hundred workers into new offices when that happens next year, the seven-member council chosen to direct that effort was told Friday.

Besides hiring top administrators, the council made up of police and fire chiefs will have to decide how to proceed with legal representation, financial services and – perhaps most daunting of all – risk management, including both health insurance for employees and liability coverage for both the organization and its leadership.

Matt Heyrman, Lucas County’s deputy administrator, laid that all out on the table for the board during its first meeting Friday afternoon at the county’s Emergency Services Building in Toledo.

The first order of business was for the group to approve its name, and it opted for the suggested Lucas County 9-1-1 Regional Council of Governments. After that, Mr. Heyrman guided it through a draft of its bylaws, which after adoption must be sent to the Ohio Auditor of State’s Office before the council may take legally binding actions like entering contracts.

Members of the seven-member panel generally agreed with the draft while requesting several revisions,
including a provision allowing them to send proxies to meetings they are unable to attend themselves.

Mr. Heyrman said an updated version of the draft bylaws would be presented to the council as the first order of business at its next meeting, which was scheduled for March 13. Once it adopts its bylaws, the council would then be able to elect a president and vice president, which under the draft will serve staggered two-year terms.

“It’s going to be a lot of work,” Lucas County Sheriff John Tharp, who by virtue of his position is on the seven-member panel. “It’s going to take a lot of time, but in the end it’s gonna be worth it.”

Sheriff Tharp and chiefs Kral, Byrd, and Long all were seated based on their specific jobs, while the other three hold seats that will be up for reappointment on staggered three-year terms.

As discussed Friday, the council also will have three standing committees for police, fire, and administration. Police chiefs, fire chiefs, and top elected officials from member communities will make up the three committees, with the latter being responsible to approve all budgets and collective- bargaining agreements for referral to the council board.

The 911 consolidation is to cover all 21 of Lucas County’s cities, villages, and townships as well as the county itself, with each to be assessed a share of the council’s operating costs based on its share of emergency calls dispatched on its departments’ behalf.

A 911 operator works on her computer at the Lucas County Emergency Services Building in Toledo on Tuesday, Oct. 8, 2019.

Combining the eight existing 911 call centers in Lucas County into one is expected to reduce police, fire, and medical dispatching costs to the county jurisdictions from $15.4 million to $10.2 million annually.
Implementation is tentatively scheduled for mid-2021.

The cost of emergency communications infrastructure, such as radio systems, is covered separately by a countywide 911 levy and is not affected.