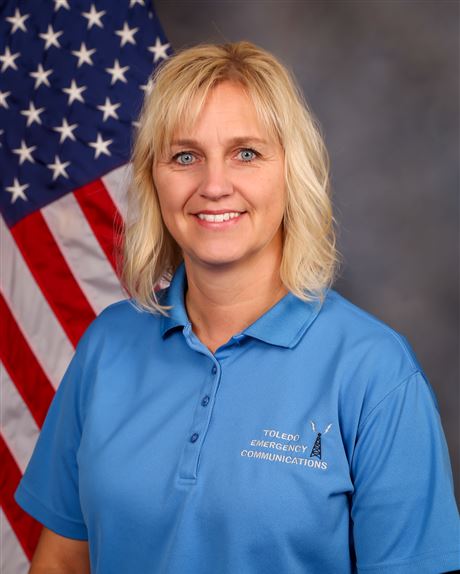 The 7-member panel unanimously approved hiring the Toledo Fire and Rescue Department’s Stacey Mitchell at a salary of $117,500 during a brief virtual meeting that was streamed live on the Lucas County Commissioners Facebook page. She begins in the role Aug. 17.

Mrs. Mitchell, 49, was first hired in 1997 as a dispatcher for the fire department, which handles all emergency dispatching for the city. She has worked in a supervisory capacity for about 12 years, and was formally named emergency communications manager in October.

“I’m really excited to get started with this and work with all of the [public safety answering points] and just move us forward,” she told The Blade.

Mrs. Mitchell said she, like many, was unsure of consolidation at first. But she soon saw the benefits and then helped the county with its feasibility study.

“It just seemed natural when the job posting came out that I would try to lead the consolidation efforts,” she said.

The council received 35 applications for the position, and interviewed five finalists.

Chief Byrd said Mrs. Mitchell has experienced every part of emergency dispatching, and has been very involved in meetings with the six dispatch centers in the county regarding the consolidation process.

“She’s knowledgeable about the system, about our operations, about every aspect of dispatching and call-taking on both the police and fire side,” he said. “It was a natural progression for her.”

It will take time to work through the consolidation process, during which there are sure to be obstacles to overcome and adjustments to be made, Mrs. Mitchell said. She stressed the need for a transparent process, and plans to start by visiting each dispatch center to meet staff, learn about their operations, listen to any concerns, and collect feedback.

“There will be some difficult conversations,” she said. “What I really want to be careful of is making sure it’s a collaborative process. I want everyone to have a voice and feel like they’re being heard, and meeting their needs.”